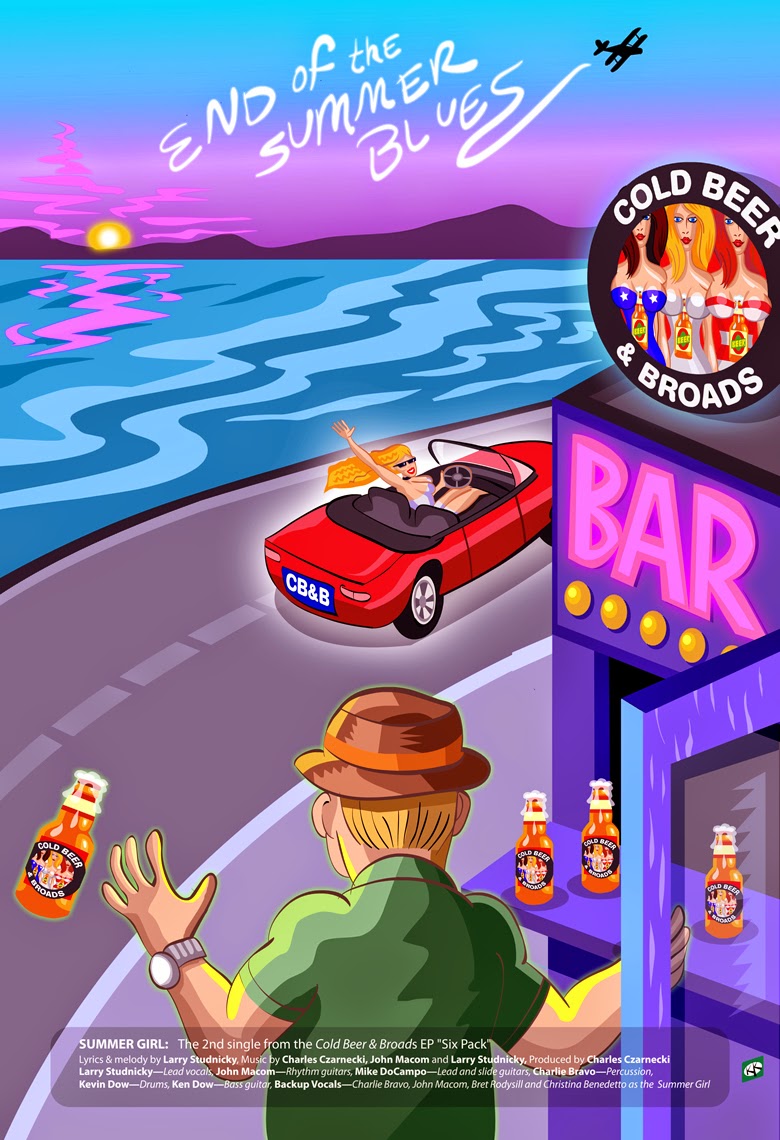 I've been doing art, packaging and promotion for the oddly-named country-pop band Cold Beer & Broads for several years now and it looks like their new release Summer Girl, strangely enough, is moving up the charts with a bullet.
Cold Beer & Broads is a loosely-knit group of musicians, under the direction of the bizzarro songwriting attorney Larry Studnicky (pictured below at the shoot for the Summer Girl video.)  Collectively and individually, they have worked with such legendary artists as Suge Knight (Death Row Records), Fred Schneider (the B-52’s), Micky Dolenz (The Monkees), Cher and Nicky Hopkins (The Rolling Stones.)
The song Summer Girl features Mr. Studnicky channeling Jimmy Buffet, The Beach Boys and possibly even Martin Denny in a calypso-themed, down-on-his-luck sob-story of a sad-sack geezer being played by a blonde gold-digger. With deadpan delivery, Larry sings...
... she went to the ladies room,
and didn’t come back soon,
So I looked for her all over the bar.
I ran outside to fetch her,
But I never did catch her,
’cause she’d taken the keys to my car. 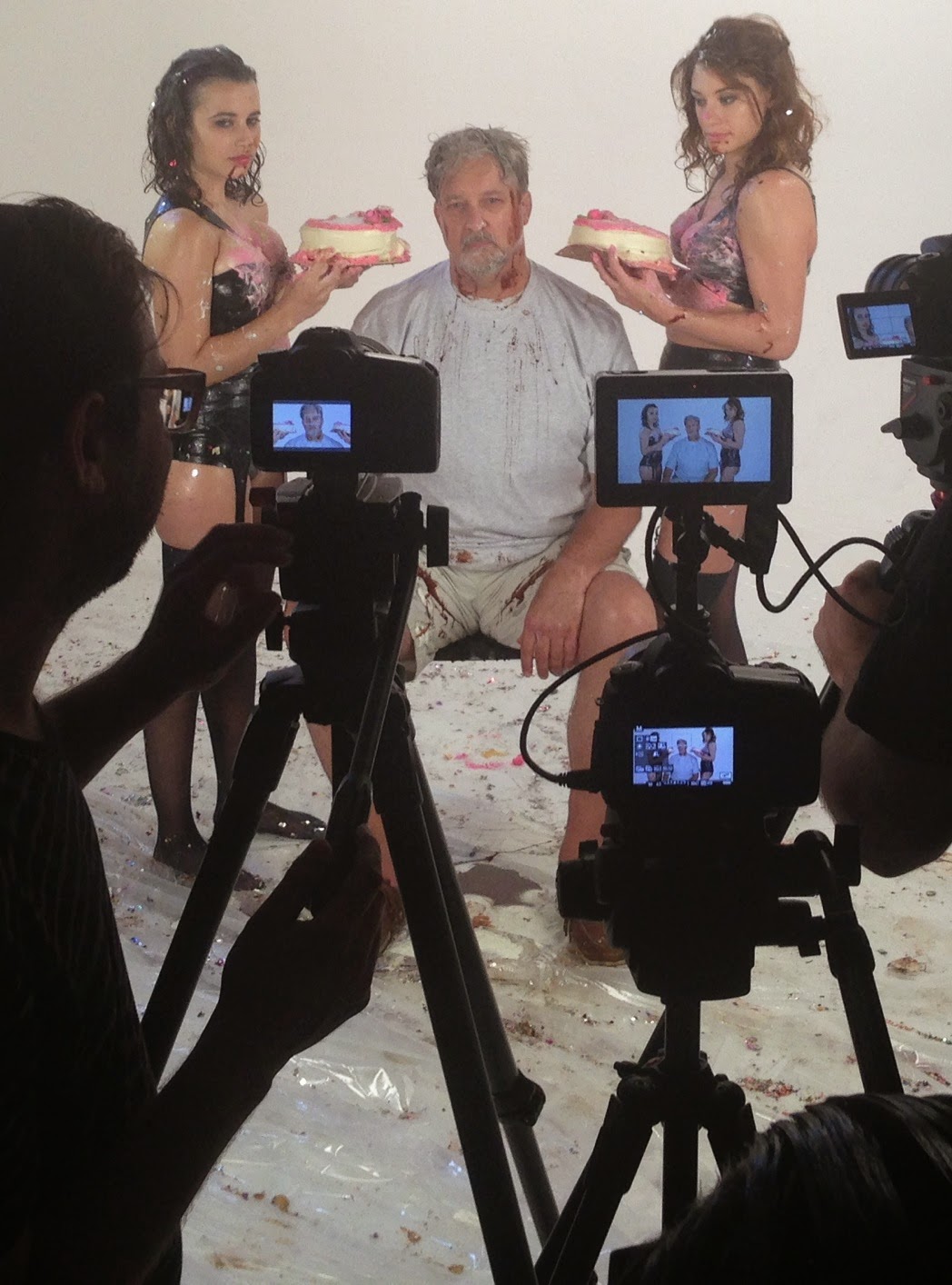 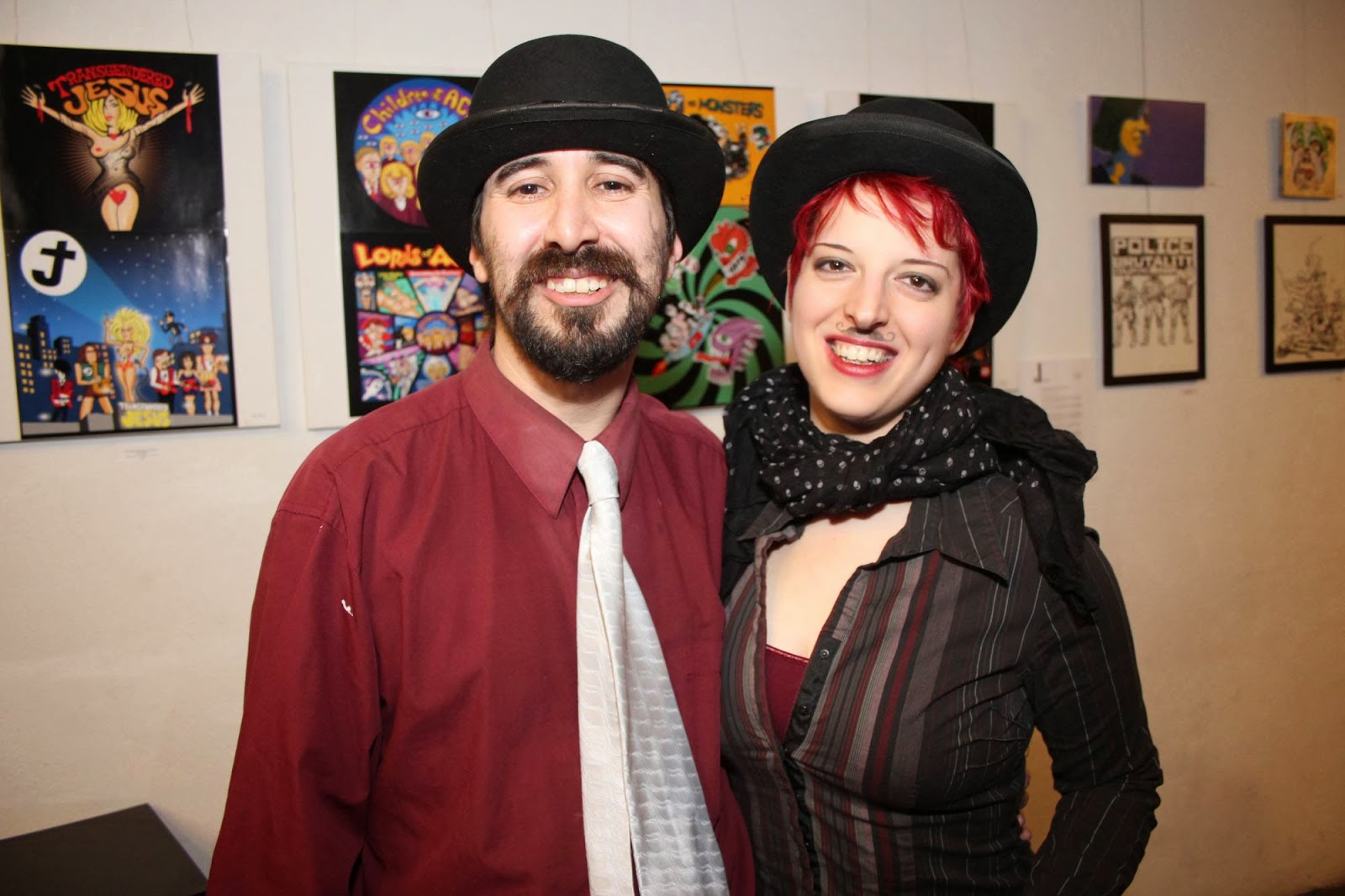 Adriano Moraes and Christine Rose DiTolvo the curators of "The Many Identities of the Struggling Cartoonist" in front of Karl Kotas' artwork for Transgendered Jesus, Lords of Acid, KISS, and others.


Sponsored by Convex Publishing, NYC Dept. of Cultural Affairs in Partnership with the New York City Council-(Many thanks to Rosie Mendez, NYC Councilperson)
Theater for the New City and NYSCA
Posted by Larz at 7:18 PM